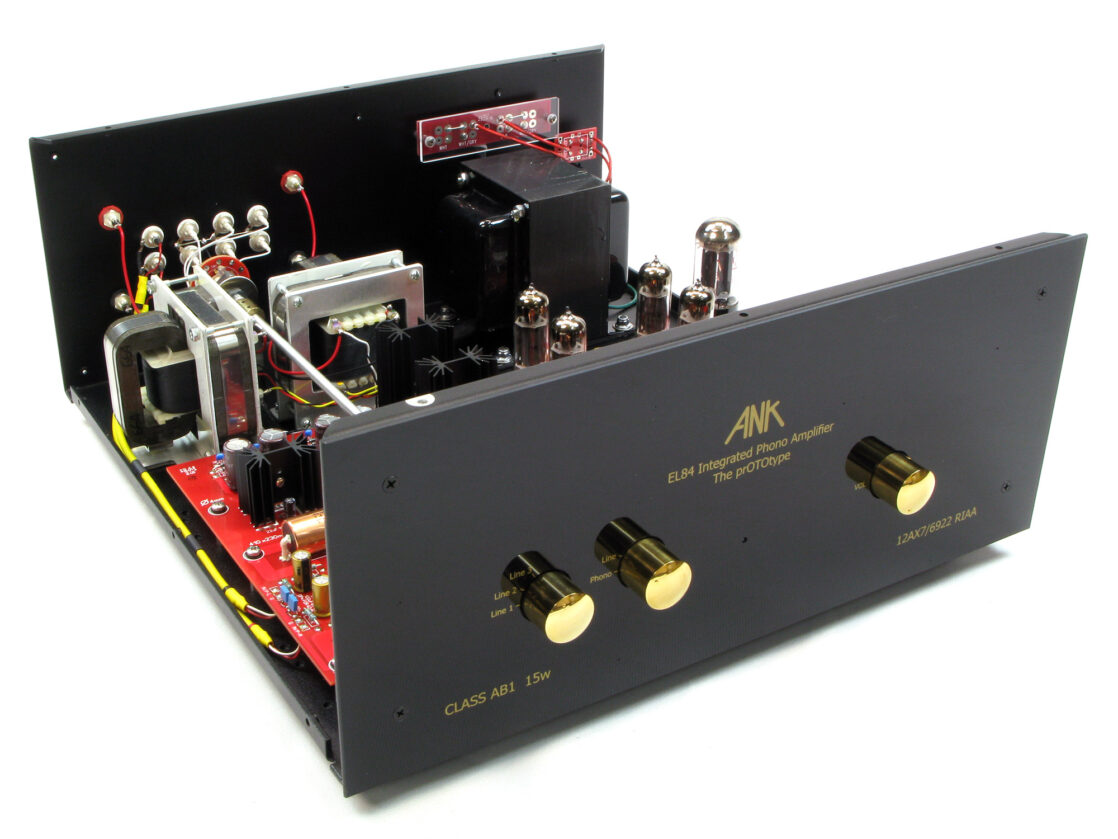 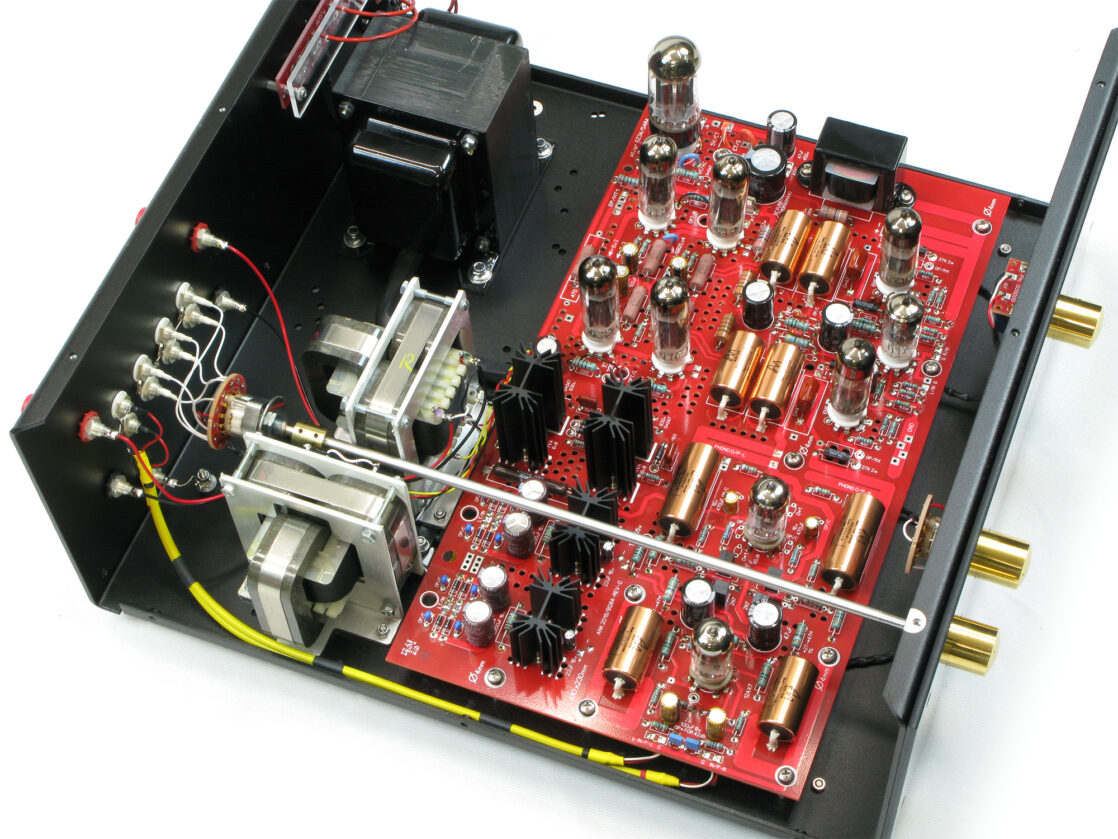 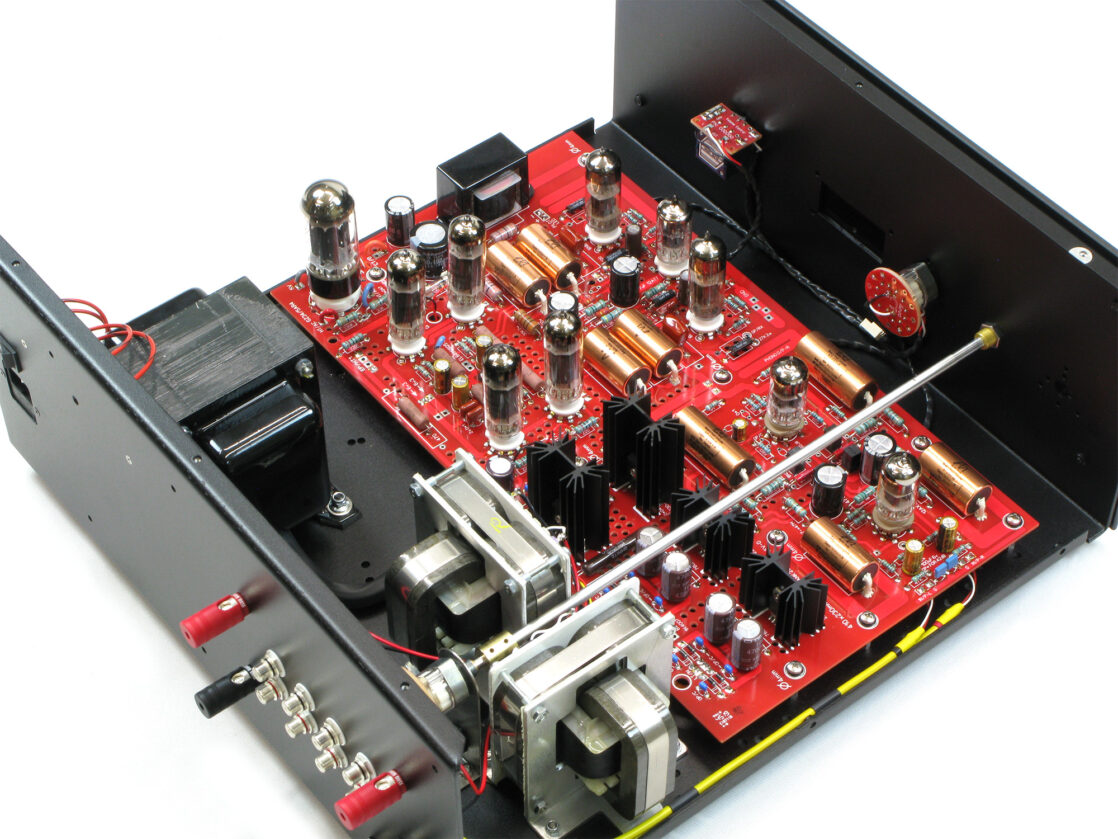 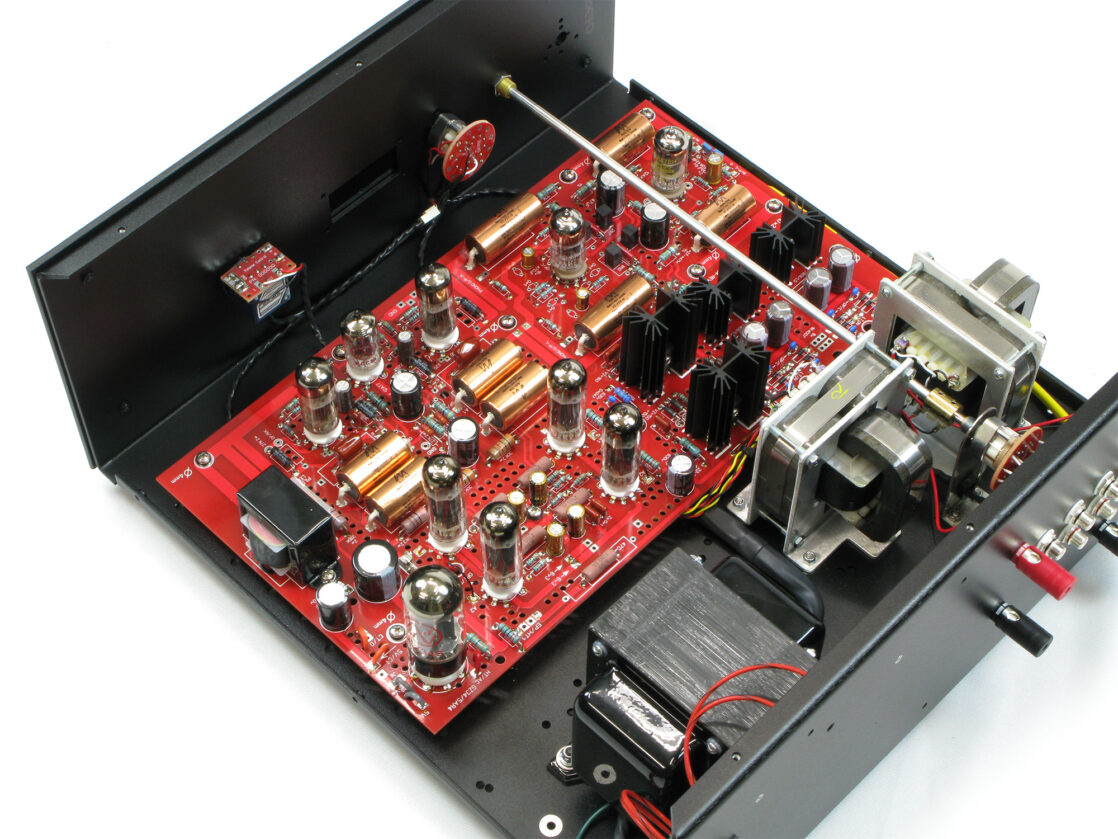 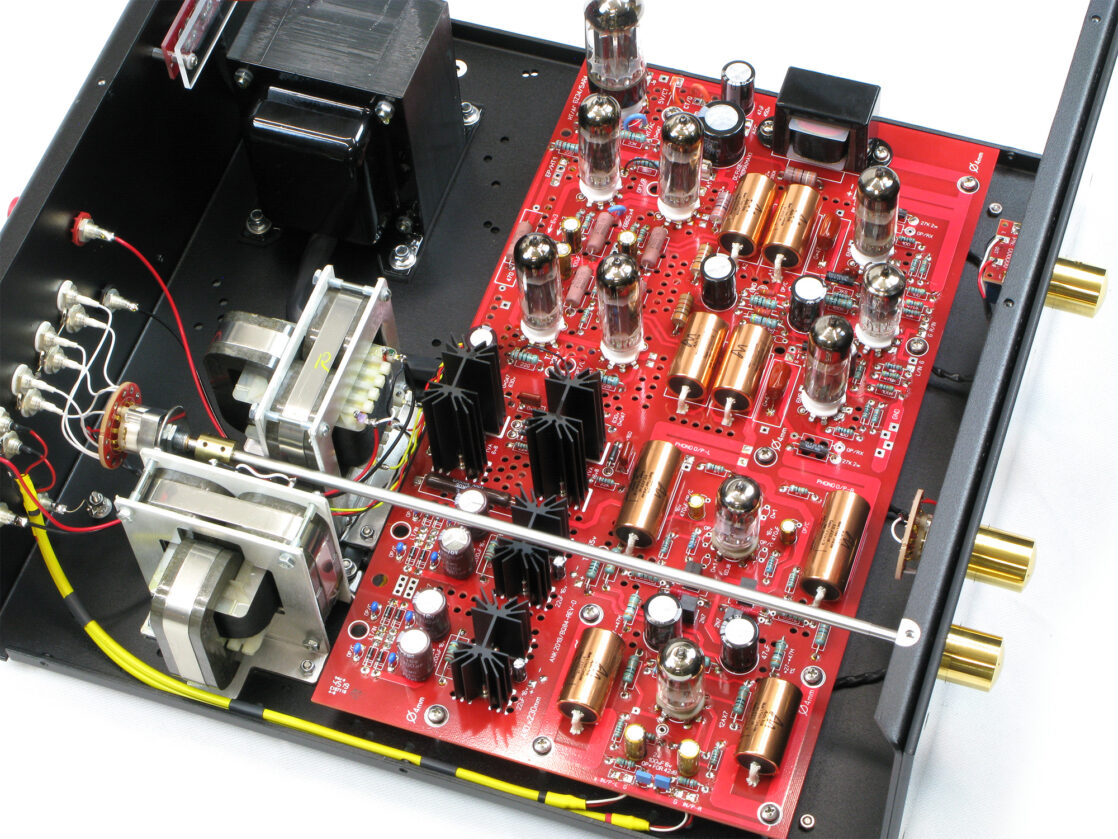 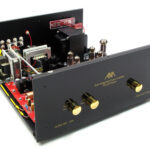 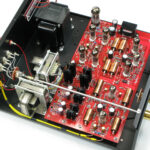 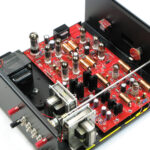 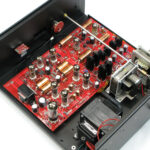 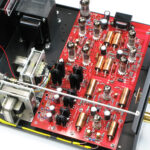 If you love EL84 amplification , tube rectified , Ccores and built in high end RIAA phono stage then the prOTOtype is for you! One room in my house if full of about 1000 vinyl records and a pair of Tannoy 15″ speakers – I thought why not have an all in one EL84 15W amplifier with a built in high end tube phono stage – i can plug my turntable and speakers directly into it – and while we are at it use tube rectification , big audionote Film caps through out and a serious 12at7/6n6 driver stage – well it took a while to engineeer but here we are an the results are stunning!!

First listening : I finally got the completed prOTOtype and plugged my turntable  and big TANNOY speakers  – put on an old favorite vinyl and WOW – i was not prepared to be this blown away by this all in one unit! Now my dream system!

The end result was stunning beyond my wildest dreams!

We are pleased to introduce our new EL84 integrated amplifier with built in L3phonov2 !! We’ve given it the name “the prOTOtype” even though it’s the culmination of a long evolutionary road. We started prototyping phono stages in 2005- I was a huge vinyl fan and 10 years of evolution /listening and tweaking resulted in the L3 phonov2 and the L5 phono – at the same time we started EL84 amp development well over a decade ago with the entry level L1 el84. Several enhancements were made over the next few years (L1 EL84v2), but there was even more that we aspired to in the next generation product – for example 5AR4 tube rectification in the power supply- New Screen Regulation for the el84s and a new front end 6n6/ 12at7 stage- at the same time we thought : lets integrate our latest phono technology into this product such that all the grounding is shared and we have a one box solution- no cables – plug in your MM turntable and your speakers ! The ultimate system downsizer product!

When the first prototype was finally ready I started listening and was impressed with the overall dynamics and soundstage, but I made a couple of tube changes- I put in a Telefunken 12ax7 in the phono stage input and a NOS 6922 for output – wow nice improvements and so smooth! – then I added some Duelund caps on the 12ax7 section at the input to the phono section- now I was really starting to feel the elusive magic – I thought that I better have a listen to a track to confirm my initial senses – I put on the Heart “Dog and Butterfly” album. I have memories of this album from years ago, but it never really occurred to me to actually listen to it again as I felt had heard it enough times, and felt it really wasn’t going to present anything new to me – I have to admit it just happened to be lying on the top of a pile of records , and I thought I’ll have a quick listen to one track to check the sonics of the new amp!

Well listening to the first track second side there was some serious hard rocking going on with major bass drum action – it was a live cut on this studio album and I was starting to feel the impact ! What shocked me was how solid everything was- drum kicks and big crashes came and went with ease – no harshness – so smooth and just luscious warmth and detail- wow – well let’s check out the next track which was the first studio track- more of the same astonishing guitars and bass drums thumping my chest with ease and warmth against a black background- I couldn’t stop !

The rest of the side played and I found myself embarking on an audio journey of epic proportions- I was lost in a sea of instruments that I could pick out of the three dimensional experience – acoustics , 12 string’s , bass, toms, snares and hi hats, electric lead guitar , crunchy rhythms! A rather lacklustre album or so i thought was now taking me on a journey into the cosmos and back – I awoke from my first side daze and flipped the record to side 2 which is the softer acoustic side to heart and butterfly- I sat there stunned as i could feel the acoustic wood timber and vibrating 12 strings – every note and string seemed to be telling me a story- deep bass notes seemed to move me. The side 2 journey was now beginning and I held on for dear life!

This side builds to huge crescendos with tracks like “Nada One”. “the prOTOtype” stunned me with natural textures , gorgeous acoustics and incredibly defined bass levels – the journey back in time was complete and as the final track ended I felt that my original 5 minute listening session had turned into a 1 hour journey on a rocket ship – it made me appreciate the genius of the album. I felt like I now knew what the recording engineers really wanted to achieve – Even though I first bought this album in the late 70s and had heard it countless times, I felt that I had just experienced something completely amazing! It looks like ”the prOTOtype” could transform many vinyl audiophiles into a new dimension of sonic enjoyment!